Who is Russel Karim?

Founder and CEO of Dhakai, Russel Karim, is a serial entrepreneur with an extensive background in technology. He launched Dhakai in 2020 and is building it to be the number one platform for sustainable and ethical sourcing. Learn more about Karim and his journey to creating Dhakai below.

Karim is originally from Dhaka, Bangladesh, one of the most densely populated cities in the world. He describes the environment as busy and competitive, especially in school. Students consistently had to compete against the thousands of other students in their class for educational opportunities.

To set himself apart from other students, Karim became heavily involved in debate clubs. He was a member of the national, television and United Nations debate teams. Putting himself out there at a young age and presenting his ideas have shaped him to be a logical thinker, an effective communicator and a strong leader. Karim decided to put these skills to use in college and pursued a degree in computer science and entrepreneurship at the University of Northern Iowa (UNI).

As a student at UNI, Karim started his first business called Solverpedia. The platform was similar to Ask.com but scholarly. The website aimed to pool people from different professions to get trustworthy answers about problems they face from accredited professionals.

“I created this platform when I was a sophomore. It didn’t do well, but again that also really taught me lessons,” said Karim. “Everything I have done in my life was a stepping-stone for the for the next thing I was doing.”

After exiting Solverpedia, Karim built a few companies that combined the technology and the food industries. In 2014, Karim founded 4axiz, a company that designed and developed mobile and software applications for universities and food concessions. While running 4axiz, Karim Co-founded and was the CTO of FanFood, an express service targeted at concession lines at sporting and entertainment events. He exited FanFood at the end of 2015 and exited 4axiz in early 2016.

In early 2017, Karim founded Cedar Valley Food Runner, a food delivery service that provided fast delivery from local restaurants. After two years of growing the business, it was acquired by EatStreet Inc. in 2019.

After successfully exiting Food Runner, Karim wanted to build something more meaningful to him, so he thought of home. Growing up in Dhaka, Bangladesh, Karim has seen the struggles of people who work in the fashion and apparel industry from the worker and manufacturing sides.

Karim was surrounded by a family who owned brands and factories in the fashion and apparel industry, so he could also see the challenges they encountered from sourcing and manufacturing.

“It is really difficult for a lot of smaller brands to have direct access to manufacturing that they trust,” said Karim. “This industry is manipulated by a lot of unnecessary middlemen that don’t need to be there,” said Karim.

This issue sparked the idea of Dhakai, an ethical and sustainable sourcing company that connects small to midsized apparel businesses to verified manufacturers. With Dhakai, Karim is simplifying the supply chain by directly connecting brands and manufacturers, which results in responsible, sustainable and more affordable sourcing.

As the CEO, Karim’s biggest goal is to create job opportunities for people. He believes that creating jobs is the best charity there is because there’s a long-lasting impact. That is why he has made it his mission to create 1,000 job opportunities throughout his career. Karim also aims to make Dhakai the number one sourcing platform that connects the entire clothing supply chain for ethical and sustainable sourcing.

Through customer care, Karim is building that trust and transparency with both brands and manufacturers. The Dhakai platform itself is designed to be clear and transparent so brands can easily find the right manufacturers for them. After brands sign up, they get access to hundreds of manufacturers on Dhakai’s catalog. With guidance from Dhakai’s specialized team, brands get help through each step. To get connected to Dhakai, sign up at dhakai.com/registration.

Interested in learning more about the Dhakai team? Read about our Director of Operations, Rylie Christina Smith and her journey to Dhakai here. 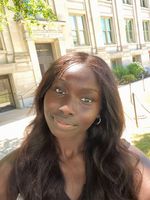