And the obstacles women face to get there.

March marks the month to honor the resilient, brilliant, and boundless women who have changed the face of society. It is the one month out of the year when everyone comes together as a unified front and celebrates women's achievements.

Not only are we honoring the women who have made a difference for women to come, but it is also a month to give a round of applause to all women: women in STEM, women in the medical field, women in education, women in sports, and especially, women in the apparel industry.

Women are leading the student body at fashion schools and employees of apparel stores, said the PWC. Making women 70% of the total workforce in the apparel industry.

Yet women in leadership tend to thin out with fewer women CEOs and board members. They hold less than 25% of the total leadership positions in the top companies of the fashion industry, said Fashion Revolution.

Women are the driving force in the apparel industry early on in their careers, but the growth and development have no prevalent. So, what is the issue?

According to PWC, women are half of the workforce in the United States, but women continue to be undercut in the highest executive positions.

Enter a room at a factory in Bangladesh or any country out there, and you will notice a room full of female garment workers. Currently, 75% of garment workers are women. On top of that, the Indian textile industry employs over 45 million people, and of that 45 million people, 60% are women. However, they are underrepresented and underappreciated by leadership in workplaces and communities.

Even though women face hurdles in the apparel industry, women have increasing volume, intentions, and impact; the future is female. For instance, in 2021 alone, women in senior management rose worldwide to 31% and accounting for the highest number. In fact, as of 2021, 90% of all global companies, there is at least one woman in a senior management role.

Some women leaders use their platform and voice to speak for others while opening doors for other women to eliminate this prevalent issue. The iconic wrap dress noted by Diane von Furstenberg, the top-tier bridal gowns designed by Vera Wang, the Urban Zen lifestyle label championed by Donna Karan, and the one and only Coco Chanel who liberated women with corsetry and menswear.

For example, Tory Burch recently teamed up with 1stDibs in honor of Women’s History Month to use the 1stDibs digital design marketplace to feature a special, hand-picked collection of shoppable items by female designers and artists.

Not only is Tory Burch using her voice to speak for others with this collaboration, but they are also bringing back the Tory Burch Foundation Embrace Ambition Summit — a daylong event that features conversations, performances, and stories.

Rebecca Minkoff is another leader in the apparel industry for women and starting the conversation. For instance, Minkoff is entering the world of NFTs with her second NFT Collection drop. In her upcoming launch, the designer takes pride and his and her team's creativity and innovation to see it come alive.

Change takes time, but change can happen. To see more women in positions of power, we must try to eliminate the hurdles women face to climb the ladder, such as unsupportive beliefs, the lack of support, and the workload. Rather than checking the diversity box, invest in the future of females and what women can bring to the table.

Research has proven that female supervisors have a positive outcome on other women’s beliefs in their abilities and skills by empowering women and placing them in supervisor and leadership roles.

And because of this research, female-dominated workforces should be led by women rather than men. So, let’s get to it because if not now, then when?

Clothing brands and retailers can use their platforms to create positive change. That can be working more closely with suppliers to tackle gender issues and, most importantly, becoming transparent.

You can solve the consumers out, thereby supporting and taking action from policymakers.

Take it one step further by joining conversations with organizations that have created a unified front for women. There is a whirlwind of women-focused organizations like Girls Who Code, whose mission is to close the gender gap in technology and what it means and looks like for programmers. She Runs It is another women’s organization that focuses on bringing men and women together to help build a better media and marketing landscape. Or All Raise, who are pushing to accelerate the success of female and nonbinary founders and funders.

Join the Dhakai team and be a part of the change in the apparel industry. 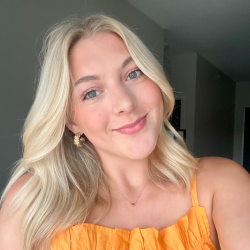